“About 1 in 3 American adults have hypertension (high blood pressure) states a report by the Center for Disease Control (CDC)….. Black men are twice as likely to die of hypertension than white men. CDC“

Men are under considerable pressure these days. Our males are laced with pressure from various circumstances. The desire to care for his family coupled with his inability to do so weighs heavily on the mind. Finding a job that would then help in his quest to be affirmed as man, is of paramount significance. When career goals and other unfulfilled expectations are not met, we men may become stressed. Males tend to internalize issues and sit in deep thought without expressing much. He would much rather drink, smoke, play a sport than talk about what’s eating him up.

Within the group 45-54 there’s a significant difference in the number of men vs women who are affected. The age group 20-34 also carries a sizable difference. Another set of data to examine carefully is that of the influence of race or ethnicity on the prevalence of hypertension. African Americans are generally at a greater risk than the other races. More black women are also prone to developing the disease than are their male counterparts.

Locally, research has shown that Jamaica has a point prevalence of hypertension of 30.8%. This really means that 30.8% of the population is hypertensive (Ragoobirsingh, 2002). The age group noted was the 15 and over. They also indicated that females had three times the risk of developing hypertension.

Black Men at Risk: Why?

1. Genetics?
Studies suggest that persons of African descent may carry a gene that predisposes them to hypertension.  Other researchers also suggest there are a set of genes which may account for the higher than normal propensity of certain individuals to have hypertension.

2. Family History
If we are already predisposed to the disease then there is even a higher chance of passing it on through our offspring. So, if your family members (parents and grandparents) suffered from hypertension then you’re quite likely to develop it.

3.Psycho-social Factors
The real challenge is not knowing. We can’t treat or control what we don’t know exist. Black men don’t know their status because they will not go to the doctor. We visit the barbershop more than we do the doctor. There is a natural fear of the doctor among men.

Many of these individuals simply do not trust the doctors. “He’s just going to prescribe some drug and tell you come back in two weeks time.”

Some go to doctor but they refuse to take the medication and opt for home remedies. “My grandmother told me of some herb that works and I prefer to use it.” In some instances they have not done as directed by the pharmacist because they “feel better”, after two doses.

4. Socioeconomic Status
If you have no money then you cannot visit the doctor. You will not be able to fill that prescription if you have no money. African Americans are over represented in the lowest socioeconomic group. This prevents many from accessing quality health care. It also means that many cannot afford health insurance. Within the local context (Jamaica), socioeconomic status shows no significant correlation with the incidence of high blood pressure.

There are several other contributors such as depression, obesity and substance abuse, factors common among black folks, which make us way more susceptible to the disease.

How many persons under the age of 55 do you know who have died recently because of cardiovascular (heart) problems?

My guess is at least 4. In the US, the CDC reports that the death rate for men of African descent is double that of the white men. Hypertension is known as the silent killer and it’s far more deadly than the bullet because you never see it coming.

What do you NEED to do?

1. See your doctor.
Get your blood pressure checked. Develop a habit of speaking with a qualified health practitioner about matters concerning your health.

2. Listen to your doctor
If you receive medication and advice, do as you are told. Do not presume to know more about something you have never studied.

3. Reduce your salt
Cut back on the chips and fries. Reduce your daily salt intake. This really means you need to avoid processed foods. Cook your own food.

4. Lower your weight
Obesity shows a positive correlation with hypertension in both men and women. Add more vegetables and fruits to your diet while removing much of the fatty stuff. I will be the first to admit that this is a struggle. But struggle we must!

5. Exercise
Walk. Run. Skip. Dance. Get some physical activity into your lifestyle. Your heart will thank you for it.

The Essentials is concerned with more than just looking good in a suit. Matters affecting men’s health are critical and warrant being highlighted. We will continue to keep the discussion going and shed light on these important issues.

Style is personal. Do you. 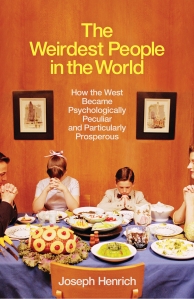