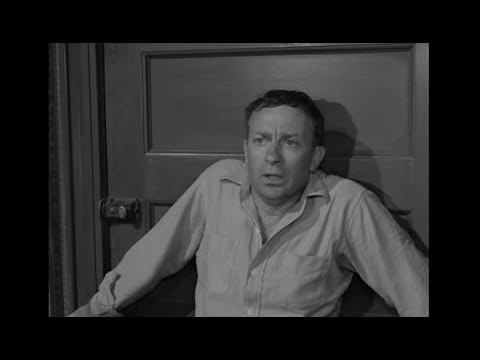 George (On the phone): Hey Cindy! It’s me, George.
Cindy: Hi George! How are you?
George: I’m pretty good. Been meaning to talk with you for a while.
Cindy: Yea? What’s up?
George: Well uhm…..hold a minute. Can I call you back?
Maybe you’ve never been there but I have. Heart racing, palms sweating, irregular breaths as you try to rehearse what you’re about to say. You’ve repeated it a thousand times in your head. Still it comes out botched if any at all. It’s nerve racking and frustrating. If only you could find a way to get your thoughts expressed.
To consider that there was a point when I could be classified as shy is so far removed from me now that it appears incredulous. But there was such a time. I think I suffered from anxiety attacks in my earlier years. What helped was that I masked it well until I got over it. Suffice it to say, I lost out on two relationships for the same reason. It took forever to express that I had a liking for them. When I finally got around to doing it, I was too late. Oh well…such is life. Doesn’t have to be like that. Here’s how to change.

There’s Something about you…

In my early twenties I started to develop self-confidence. I discovered that there were things about me that I liked. Not only that, but there were other persons who would now share similar sentiments. The greatest boost came when I discovered that there was something I could do well that many men can’t do properly…talk. I have a way with words. At least that’s what I’d been told and I am inclined to agree. I can’t sing or swim, I’m not wealthy, I have big eyes and thick lips but I have a way with words. The sooner you accept who you are the sooner your outlook changes. There’s something that you do well, own it and quit fooling yourself.

If you’re afraid to speak, write
My self-discovery of this talent led me to do more writing. See, I still wasn’t comfortable with the face to face exchanges as yet. Writing was indirect and I wouldn’t have to endure that anxiety of awaiting the body language in response to what I’m sharing. So, I would suggest that for someone who is tepid, you start writing. There’s one problem here: you need a solid vocabulary. This will require that you read widely. Novels, journals, tabloids, periodicals and anything else you can get your hands on. Have an appreciation for literature. Listen to radio commentary (these guys know you can’t see the pictures so they have be as descriptive as possible). Write.

When you muster up enough courage to speak your mind, you’ll find that it gets better with practice. This is sort of like momentum, once you get going things tend to flow easier. Take the lead in a group presentation. Ask questions in public fora. Bounce your ideas off friends. Another thing to do is speak to the mirror. Sounds silly but you need to get used to the words coming out of your mouth. The mirror stands still and gives no response. But you get to hear yourself and feel as your tongue helps to form those words. That’s what matters most.

When you begin to see the next person as common flesh and blood then you develop a little more boldness. When I meet someone important, some big wig, I remind myself that he/she uses the toilet just like I do, he/she farts just like I do, he/she eats and sleeps and I’m quite sure he/she bleeds if their skin is broken. I hear the queen doesn’t use the toilet. Once upon a time people actually believed that. She’s human for Pete’s sake! These are people and there’s absolutely no need to fear them really. This is the hardest part. Look, it’s either she will reciprocate or she’ll turn you down. You won’t know unless you say something. You have no control over what she will say in response. If she responds favourably then get set to make your next move even while you rejoice at the magnanimous feat accomplished. What if she doesn’t feel the way you? She flat out turned you down. The way I see it, life goes on. Tomorrow the sun will come up, the earth will continue to rotate, seasons will change, life continuous and so must you. Albert Lord said it best: “Tis better to have loved and lost than never to have loved at all.” In the end, it’s her loss.
‘Tis ordained to be so…
Very few today believe in a higher power outside of their own evolved mind, however flawed it may be. I found that knowing there is a Divine being that controls human affairs gives me less to worry about. Things will happen the way they were meant to, providing we do what we’re supposed to. We were not aimlessly placed on the earth. Even Kendrick Lamar agrees.

“We’re all put on this earth to walk in His image, the Master.” Kendrick Lamar

I still get a little nervous whenever I am to speak at a function with a large audience. That won’t ever leave. The difference now is that I use the nerves to fuel me. Don’t let false expectations which only appear real prevent you from saying your piece. Love yourself for who you are while seeking to improve on you. Be prepared to write down what you want to share. When you manage to start speaking, keep doing it. Whatever happens, happens.
“Style is personal.” Sam Lambert. Do you.